The history of homesharing

Homesharing has its roots in the USA where the late Maggie Kuhn (founder of the Gray Panthers) set up the first programmes in 1972. The USA  still has many homeshare programmes today.

In the UK, homeshare was taken up in the early 1980s by the late Nan Maitland, who in 1993 launched the first formal programme, in London. In Europe, it is believed that the concept of homesharing was invented quite independently in Spain, where, in 1991 the Alojamiento por Compañia programme was set up in Granada to meet an urgent need for student accommodation.

By 1992 the idea had been adopted in Germany where the award-winning Wohnen für Hilfe programme was founded by Professor Anne-Lotte Kreickemeier in Darmstadt, again to meet the need for student accommodation. There are now several programmes in Germany. 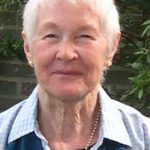 In France, ensemble2générations, founded in 2006 in the Paris area, has now spread to other parts of the country. By 2013 pilot programmes were being developed in Japan, the first such programmes in Asia.

The concept has now been adopted in many parts of the world – see the list of programmes. There have been failures too – in Israel and the Czech Republic in the 1990s for example.

Josie, in her mid-70s, was referred to a homeshare programme by a hospital after a stroke severely affected her behaviour. The hospital was keen to discharge her if home support could be arranged. She was found a perfect match in Trevor, a young working man who needed a home and who handled Josie’s erratic ways with great diplomacy. Soon Josie adored him like a grandson and, keen to cook for him, regained all her independence skills. Trevor stayed with her for three years by which time Josie was well enough to live alone again.

The growth of national associations

The following homesharing associations provide support for their member programmes and may also create a single website portal providing information about Homeshare services in their country: