Who's who in Homeshare International

Homeshare International is governed by a group of trustees who are invited to serve by the Board.

Trustees are drawn from many of the countries where homeshare operates and are chosen on the basis of their expertise as practitioners, researchers and administrators. Members of the Homeshare International Network are also invited to nominate members of the Board.

Trustees are supported by a group of National Advisers and International Ambassadors and by various ad hoc working groups.

Read more about governance and finances. 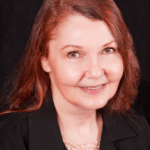 Cheryl became Chair in 2018. She managed a homeshare programme in Canada, developed an informal network and the HomeShare Canada website to help coordinate and disseminate information. Cheryl has also been a homesharer. She has experience in local government, non-profit organisations and for-profit companies. 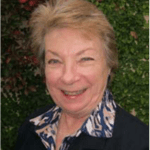 With a background in social work, Beris founded the successful homeshare programme in Melbourne and plays a key role in HANZA. A Trustee since 2009, Beris was awarded the OAM for services to homeshare in 2011.

Kirby has been Executive Director of HomeShare Vermont since 2000 and has many years’ experience in housing and social services. HomeShare Vermont has been running for over 30 years and has provided the model and inspiration for many other programmes.  Kirby also runs the National Shared Housing Resource Center – the Homeshare Network in the USA. 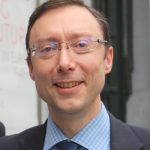 Régis joined the Board in 2018. He co-founded 1Toit2Ages with Claire, his wife, in 2009 and supports the charity as its President. Under their leadership, homeshare has spread from modest beginnings in Brussels to cover most of Belgium’s large towns and cities.  His day job is in consumer protection in Europe, a field he has specialised in for the past ten years. 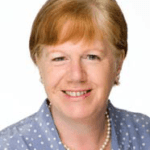 Elizabeth took over the running of HI in 2007 when our late founder, Nan Maitland, retired. She now serves as the Vice Chair of the Board of Trutees. With a background in the voluntary sector, Elizabeth ran the medical research charity Research into Ageing and merged it with Help the Aged (now Age UK). She was awarded the OBE for services to medical research and has two honorary doctorates.  She also chairs the board of trustees of the Creative Dementia Arts Network, is a member of the board of the Witney Educational Foundation and she is a genealogist.

Before joining ensemble2générations, Estelle was responsible for Development and Partnerships within the Society of Saint Vincent de Paul. She was also member of the Executive Board and it was in this capacity that she met Typhaine de Penfentenyo who, with her husband Alain, founded ensemble2générations in 2006. Estelle also used the services of E2G for her 93-year-old father and saw the human benefits of  homeshare services.

Estelle became a trustee of HI in February 2022. 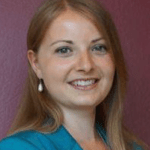 Marlene became a trustee in September 2017. She works for the Austrian Foreign Ministry, preparing speeches and background papers for officials and the minister. But she has also found time to set up and help run a new award-winning homeshare programme in her native Vienna. In addition to supporting conventional homeshare matches, the programme also places students in nursing homes and retirement communities. A qualified Chartered Accountant, Cyril has had a varied career, in both the private and voluntary sectors. He is the Chairman of The Association of Church Accountants and Treasurers as well as acting for a number of charities as a trustee and honorary treasurer. 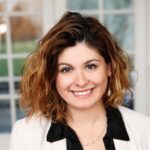 As the co-founder of Supportmatch Homeshare, Sibel has been leading a homeshare business in the UK since 2013. She has had a very successful experience running homeshare programmes and is also director of the social enterprise Support&Match Homeshare CIC. She believes homeshare is not only a great idea, it is a solution to give independence to young and old. Sibel has a nursing qualification, has studied social work, has been a carer-support service coordinator and loves spending time with her young daughter.

Sibel joined the Homeshare International Board of Trustees in 2020.

If so, please make sure that your country is listed in the Programme Directory.
If it is not, please complete the online form.