Intergenerational living is given a boost

How a TV programme is making intergenerational living fashionable

In summer 2017 a British television channel (Channel 4) made an extraordinary film series about the effects of running a nursery class for four-year-olds in a retirement community. The children and older people (aged 80+) were encouraged to mix as much as possible and undertake joint activities – including a sports day.  Our President, Malcolm Johnson, was involved as both consultant to the series and on-screen presenter.

This wasn’t just delightful television viewing, it also had some science behind it because the old people were assessed before and after the filming. And guess what happened?! The older people got younger by the week with measures to prove that their mobility and depression scores got significantly better.  This will come as no surprise to anyone working in homeshare.

But that is not the end of the story. Malcolm emailed us to say that: “I’m still getting e-mails every day, four months later. Intergenerational engagement has suddenly become fashionable. … It is intriguing how a well-made TV series can capture public sentiment and arouse individuals, health and social care professionals and researchers to take an active interest. We at Homeshare International would welcome such a tipping point moment.

“Channel 4 have now agreed to commission a second series of five one-hour programmes. … My hope is that we will extend beyond four-year-olds and then I can introduce homesharing. There is also a Christmas Special on Channel 4, Monday 18 December 2017 from 9pm – 10pm GMT.”

So, we watch and wait, hoping this might raise the profile of other forms of intergenerational living.

Read more and watch the programmes via 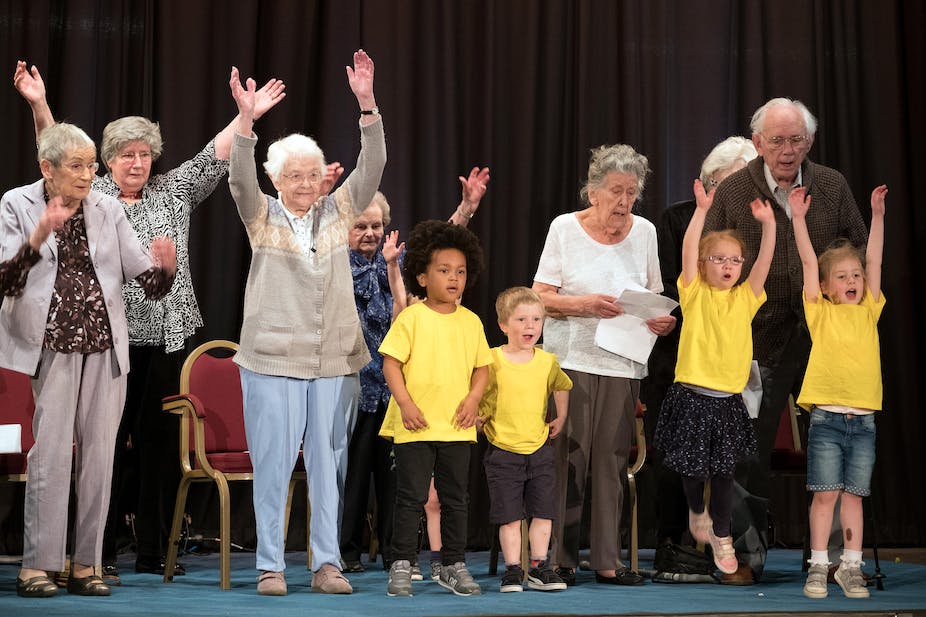 Homeshare International is a charity and is entirely dependent on donations to continue its work. Please use the “Donate” button below to make a secure donation.

UK taxpayers can increase the value of their gift by 20% under the Gift Aid scheme – click here to download a form to print, complete and return